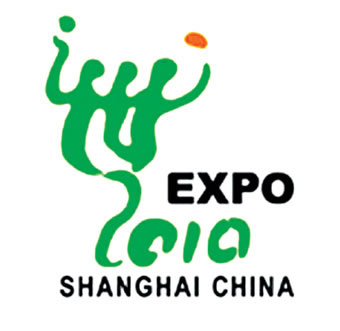 The emblem, depicting the image of three people-you, me, him/her-holding hands together, symbolizes the big family of mankind. It is inspired by the shape of the Chinese character "世" (the world), and conveys the organizers' wish to host an Expo which is of global scale and which showcases the diversified urban cultures of the world.