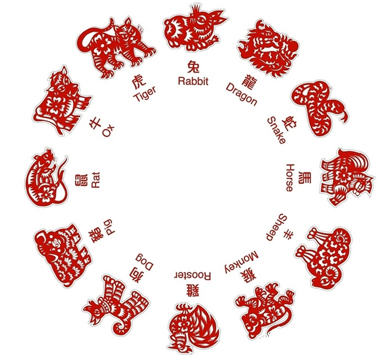 According to the Chinese tradition and lunar calendar, there are twelve different animals with different symbolic spirits in Chinese Zodiac, namely Rat, Ox, Tiger, Rabbit, Dragon, Snake, Horse, Sheep, Monkey, Cock, Dog and Pig. And your sign is determined by the year you were born. The Year of Tiger occurs in the year of 2010, and year 2011 would be Year of Rabbit. 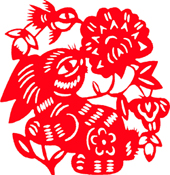 According to Chinese traditional legend, rabbits are associated with the Alioth in astronomy. They have a nimble, quick-witted and gentle disposition naturally and are the symbol of good luck. In some coastal areas of Shandong Province in old time, wives usually took a rabbit in their arms when their husbands went to sea to fish, believing that this propitious animal would bring them safeness and good luck. And there is an interesting tradition going that a rabbit’s hair would become absolutely snow-white if it can live for 500 years!

And rabbits have been given many characteristics in China, such as longevity, loveliness, vigilance, fertility, timidity and good hearing.